For the first ‘Women in Sustainability’ interview of 2019, we spoke to Elina Grigoriou, a London-based Interior Designer, Sustainability and Wellbeing Expert who passionately believes that style and sustainability can be mutually inclusive. She set up her company, Grigoriou Interiors, 10 years ago with the aim of incorporating sustainability with interior design.

Get to know Elina a little more here…

1.   As a changemaker within your industry, tell us a bit more about your background?

I wanted to be an interior designer since I was 15 years old and, although I have stopped to question the road I have taken now and again, I have remained on this path due to the fact that I recognized the need to change things within the industry, develop the role I play, and the impact it can have. The need to evolve the direction of interior designers and interior spaces themselves has driven me to broaden my skills and nature of my career towards a sustainable approach.

I went to the University of Huddersfield and completed a BA in Interior Design and after graduating took immediate employment in an architectural practice, where I worked for 7 years, after which I moved to another, from which I was made redundant in 2008. It was the best thing to happen, even if not the easiest, as I decided to set up my own business with the aim of driving a more sustainable approach to design and interiors.

After the first year I was joined by my sister Angeliki, who loves, and is great at, all things around running a business, and Grigoriou Interiors is now nearly 10 years old.

2.    What are the challenges you’ve had to overcome to get you where you are today and how did you address them?

Every day presents challenges so I prefer talking about them as something current rather than something of the past! Some of the challenges I have overcome include;

·      The Present is all that exists: Panicking about the future is a waste of time. Once I realised this I would force my mind to focus only on what was possible in the next hour, and then the hour after that until at the end of the day I had used all hours productively. As the months passed by I would focus at weeks and then months but that is as far as I go still.

·      Self-knowledge: I used to hold myself back by pushing myself to be productive by following my logical to-do-list rather than listening to my needs and getting on with another task my emotional state would be better at doing that day. Sometimes we feel different than we hoped and that’s ok. So, I change the plan but still head forwards, still productive, but in tune with myself. I found it very important to listen to myself and acknowledge any unease, which saves me time and ends up with a better result.

·      Fear: Trusting in new work to come in and making the most of the day, rather than worrying about the end of the month bills. I was told before I started GI that ‘cashflow is king’ and in my arrogance dismissed it and thought I’d do better. Well, I certainly understood why it holds that reputation but I have also found a way to respond better than I feel others did. Financial obligations are unavoidable, but daemons of fear in the mind are not real and can go away. Allowing fear of failure to rule my mind and stop my thinking meant I would not find creative solutions to challenges with cash flow and held myself back from reaching out to the world and actually doing some strategic marketing. I learned that I don’t need to worry and if I put in the time to call people and maintain relationships and keep my profile live and warm, work and opportunities will come in.

·      Evolution: Being a changemaker, identifying myself as such, and learning to let it go once the role was completed. I had to find a new language, a new message and a unique selling proposal to what was generally accepted, and to find this was tough as it required a lot of courage, self-knowledge, and a huge belief in what it was for. Once the industry started catching up and the messages and work started materialising, I have needed to transform again and let go of the sharper edge of the changemaker, take on a new role, a new language and new business proposition.

·      Believers: In the early days of the company we lost time and emotional resilience by knocking on doors of organisations that had no intention of opening their doors. We are now focusing on pitching to believers, people with an open mind to change and sustainability, and also people we actually like and are ‘nice’ as a basic starting point.

·      Hours of work: Work hard but leave early-ish and don’t work on the weekends unless it’s a rare necessity. I used to work 14+ hr days and no one is productive when chained to their desk; I had to face up to this and take responsibility for my productivity and my work-life balance. As I love what I do and have changed it to drive results for a greater purpose it can be hard to say stop at the end of the day. But, the fun stops being fun if that is all I do.

·      Work location: Work where you are productive for the task you are trying to do. Forcing myself to be in the office, a legacy behaviour, slowed me down and tripped up my creativity. Finding out and giving myself permission to choose the best places to work in, the best hours and days to work in, doubled my creativity, innovation and productivity, and joy at work.

3.   What would you do differently if you could?

I would not waste as much time trying to work with people that were not interested or ready, early on in our company’s life. I would also give less hassle to my sister for putting the company through many of the business improvement exercises she proposed (and which I wanted hence why she is my partner!) and just make those times a happier exercise to go through.

I would also invest in buying in services rather than saying we could not afford them. It costs more loss of value and money from the lack of something being done well and faster than the cash you pay someone who is better at it than you. We are good at many things and others are great in theirs; call them to work with you and find a cost format that works for both.

4.    What keeps you motivated and positive when things get tough?

Being such an intimate company I must work hard at communication with my team and not closing myself off during the tough times.  It may not be the one powerful thought that sorts out my low state but it definitely helps to not isolate myself from the team and impact their feelings and productivity. Other than that, a good night’s sleep, a walk outside with no particular destination and a hug tend to remind me I’m not alone in this. I’ve rarely questioned the purpose or need of what we are trying to do, and for that I’m lucky. The only challenge I’ve needed to face is whether we are meant to be the ones to support the changes needed or if our time should be spent elsewhere.

5.    What advice would you give women who want to pursue a career within the sustainability sector?

I think sustainability as a concept and the skills it requires to grasp and communicate it to others falls fantastically in women’s strengths, or shall I say better, to female qualities. Men can hold these qualities too of course but the quick grasp of intellectual and wise issues is something women do, in my experience, better than men. As Jetsunma Tenzin Palmo, a Buddist nun from east London, is known to have said on women’s wisdom “To me, the special female quality (which of course many men have as well) is first of all a sharpness, a clarity. It cuts through – especially intellectual ossification. It’s very sharp and gets to the point” I think a woman should follow whatever path her heart calls for, the skills can be picked up along the way.

I’m inspired by philosophical and spiritual thinkers, old and new who braved the unknown within themselves to seek truth and know who they are. I’m inspired by Maria Popova from Brain Pickings for the quality of the posts she shares. By my philosophy school and all the discussions and challenges it makes me face in my daily life. By Madonna and her constant re-innovation of her proposition to her fans. By countries and their people who place a good life quality above greed to just make money. I’m inspired by the resilience and beauty of women of colour who have had to face both gender and racial discrimination but I foresee their overdue and triumphant rising! I’m inspired by nature and the simple but hugely intricate patterns it has. I’m inspired by space travel and all those who already see us living in space. I’m inspired by the taste of delicious coffee first thing in the morning and an honest smile by a tired waiter at the end of their evening shift. I could go on… 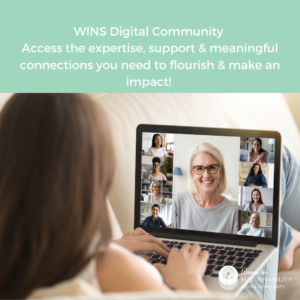